Who among us has never fantasized about time travel? 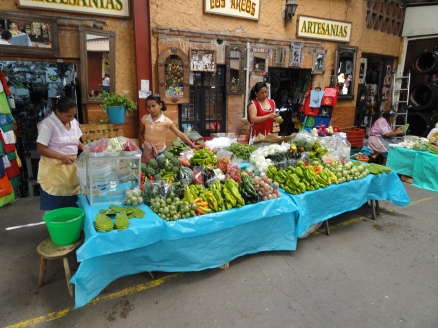 The frenetic pace of contemporary life has many of us longing for a simpler, less complicated era when time sufficed to appreciate the wonders of the world and the richness of relationships.  If this describes you, I have some very exciting news.  As one of the few *academicians on earth to fully grasp the intricacies of Albert Einstein’s Theory of General Relativity (or is it General Theory of Relativity), I am able to exend you an exclusive offer of time travel to an idyllic and forgotten past.

*  For those cynics out there who may be dubious regarding my claim to be an academician, I simply point you to my advanced degree in golf ball technology earned at my local Sports Authority.

It has been my unmerited privilege the past twenty-five years to circumnavigate this mystical orb we all share as our temporal home.  On one such excursion, I discovered one of the most magical spots  anywhere on the globe.  It is practically in our own backyard (if you live in Texas as I do, at any rate), easy to get to, enjoys an idyllic climate, is eminently safe and secure, is highly affordable and chock-full of mysteries and wonders. 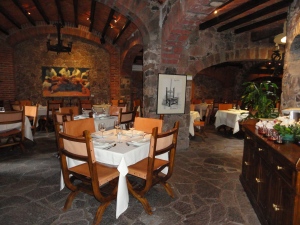 Even the name is alluring:  San Miguel de Allende.  By way of a quick history lesson, the city was founded in 1542 by a Franciscan monk named San Miguel El Grande . . apparently he consumed a few too many poblano peppers . . .and the town originally was simply called San Miguel.   It was renamed San Miguel de Allende after Ignacio Allende, a hero of the independence movement which was centered in San Miguel and the surrounding towns of Dolores Hidalgo and Querétaro.  I trust by this point you are duly impressed by my mastery of mathematics, Mexican history and, not to be sneezed at, golf ball spin ratios and launch angles.  Ah yes, a true Renaissance man.

But I digress.  Let me elaborate on a few of the qualities mentioned above.  I said it is easy to get to and so it is.  From all over the US you can connect on American through DFW or United through Houston’s IAH airport to daily non-stop flights to Querétaro, which is a very easy and pleasant one hour’s drive from San Miguel on an excellent highway.  Another feature I mentioned is the climate.  After the heat waves scorching the nation this summer, how does year-round highs in the low eighties and lows in the lower sixties sound?

As to security (see my previous post called Mexico Maligned), it is perhaps one of the safest cities anywhere.  Approximately 12 percent of the population are ex-pats, mostly Americans with some Canadians and Europeans, who have moved there to enjoy San Miguel’s wonders year round.   The city is currently pursuing an international designation as a “Secure City” based on its stellar record of security. 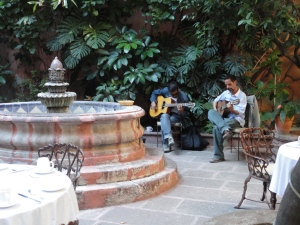 San Miguel is renowned for its artist’s colonies and language schools.  It was designated in July of 2008 a World Heritage Site which in part explains one of San Miguel’s most endearing qualities.  There is a consistently mandated effort to maintain the integrity of all building exteriors.  Thus, when you walk along the narrow, cobblestone streets (comfortable walking shoes are a must, by the way),  you will constantly encounter weather-beaten old doors that you would assume hide some dilapidated home or abandoned shop.  Nothing could be farther from the truth.

Behind many of those gnarly, battered doors are amazingly beautiful restaurants, hotels and tiendas (shops).  But you don’t have to take my word for that.  I took lots of pictures of San Miguel and Querétaro on my recent trip and you can peruse them at your leisure at a special photo site I created called The Magical Heart of San Miguel.

Above and beyond all the architectural, archaeological, historical and gastronomical treasures San Miguel has to offer, it is first and foremost a place to relax, to reflect and to renew.  I promise that when you return from your visit to San Miguel you will leave a piece of your heart there but San Miguel will more than reciprocate the loss by sending you home with a new sense of calm and perspective.

A heartfelt confession always makes a good beginning.  Here is mine. My knowledge of gemstones and fine jewelry ranks right up there with my familiarity with the finer points of cold fusion, which is to say, it’s within a gnat’s breath of being nonexistent.    But even someone as gauche and unsophisticated as your humble blogger knows this much:  choosing the proper setting for a stone is crucial to the design of all fine jewelry.  This observation brings me to the third precious stone in the incomparable Rosewood Mexico tiara.  (If you are a new arrival to this space, it might bore you, oops, I meant to say behoove you to take a moment and read the two previous posts.  Otherwise, the poll at the end might prove a bit challenging!)

To ask which resort among the three is preeminent is a little like asking, “Which is more

important, breathing in or breathing out?”.   A rather tough choice I think we all agree.  All three properties are magnificent and project their own matchless radiance.  Were I forced to choose among them under threat of having to spend eternity in a dingy one-star hotel with neither a spa nor room service (I suddenly feel a cold shiver running down my spine), I suppose I would have to choose the Rosewood in San Miguel de Allende.  The reason relates to my opening paragraph, i.e., the setting.

For those not familiar with San Miguel de Allende, a veritable mecca for the mentally fatigued, you have no idea what you are missing.  To fully grasp just how impoverished  your life has been . . . a life which you had hitherto naively assumed was rich and meaningful . . . ,  I am afraid you will just have to keep reading this blog.   The reason being, in the not too distant future I intend to draw upon my highly underrated and, as yet, cruelly unrewarded writing prowess to paint a Monet-esque picture of  this magical place.   I know, your heart is all a pitter.  Patience, dear reader. Coming soon.

Meanwhile,  you must content yourself with a description of the resort itself.  Naturally, you are going to want to spend a great deal of your time exploring this “enchanting artists’ village nestled in the mountains north of Mexico City”.  All the more so, I’m sure, after you read my upcoming post.

Yet it would be a huge mistake not to carve out significant time during your stay to absorb the atmosphere of the resort’s many charming venues.   The “fine” in fine dining begins with the ambiance when you enter a restaurant.  The 1826 Restaurant is bathed in old world elegance.  The name of both the restaurant and the bar across the hall commemorates the year the town adopted the name of San Miguel de Allende in honor of Ignacio de Allende, the hero of Mexican independence.  The restaurant features an open artisan kitchen and offers the choice of dining indoors or al fresco on the patio amid the vibrant gardens. Another incredible dining option is the Luna Rooftop Tapas Bar.   As a regular reader, you have likely noticed my palpable love of both lowbrow

humor and tortured puns and therefore might be bracing yourself for me to make a crude play on the bar’s name.  I shall surprise both you and me by letting the opportunity pass without comment.   Goodness, I suddenly feel abnormally mature.

The climate of San Miguel is very temperate year round which lends itself to spending countless hours on the Luna Rooftop.  You will find it the ideal setting for gazing out across the sprawling village below and thinking fondly about your smug brother-in-law back home, the one who warned you against  going to Mexico, grilling bratwurst in his backyard surrounded by his little screeching, sawed-off savages while navigating nasty love notes delivered indiscriminately around the yard by the family dog.

Ah, life is good at the Rosewood!