I have been in the travel business for well over 25 years.  I will refrain from interjecting the tiresome old saw about being in kindergarten when I began.  One glance at my weathered countenance would quickly dispel such illusions anyway.  Unfortunately, the creases in my face are beginning to bear a striking resemblance to a West Texas river bed after a ten-year drought.

One of the things that got me into the travel business originally, besides a fiscal naiveté befitting a first year business major, is my seemingly unquenchable thirst for adventure.  Another less flattering way of saying the same thing is that I have the attention span of a fruit fly.

Unlike my more mature counterparts, I spend very little time reflecting on the past.  My brother, for example, is the family historian.  I am the family futurist.  Most of my psychic energy is expended contemplating my next foray into the sometimes testing but never tedious world around me. 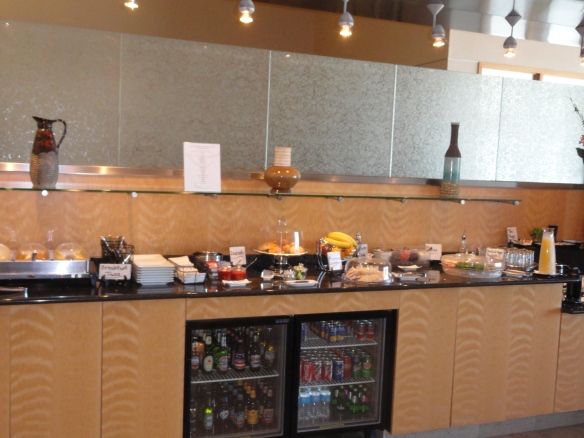 The Club at DFW: The only civilized way to start your journey!

This morning*, I set off of on another of my episodic jaunts.  If you happen to have read one of my previous posts, I gave you a few hints as to my upcoming itinerary.  You need simply to read this post, and the next several to follow, for the denouement.

Every successful journey is immeasurably aided by a good beginning.  This one, I must say, is going quite swimmingly so far. It started with being collected at my domicile by a black car arranged for by my dear friends at RideCentric.  After buzzing by my favorite Starbucks for my obligatory tall, skinny, French vanilla latte, we were off to the airport.

Upon checking in at Emirates (the glistening flying chariot that, even as I pen these words, is spiriting me to Dubai), I headed to The Club at DFW (complimentary for those of us blessed to find ourselves in business class).  The breakfast tacos were quite tasty, I must say.

I have been for quite some time very eager to sample the highly vaunted Emirates flying experience.  Oh, I have been on an Emirates plane before, it just never actually got airborne.  Faithful readers will recall I have even been to a couple of Emirates events.  Today, however, is my first occasion to actually fly on Emirates.

As I write these words I am somewhere over Chibougamau (and no, I did not make that up), so I still have numerous hours to go.  For those of you who hang on my every syllable . . . let‘s not delve into embarrassing percentages . . . here are my preliminary observations.  The service on Emirates is every bit as good as advertised. 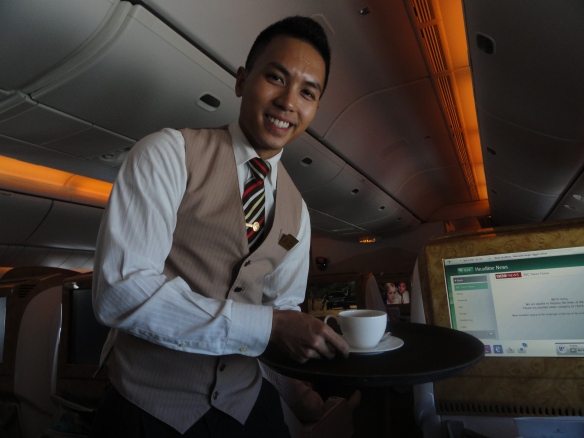 If you own an airline (and don’t we all), you better know how to hire the right people.  There is a magical line between effortless grace and obsequious fawning.  My attendant, Jason, must have a Masters degree in that subtle yet critical distinction.  He manages to be helpful without being harassing.  Restaurant servers take note!

The food, so far at least, has been quite delectable.  I say “so far” since I have a lite-bite and a hearty breakfast still to go.  (Hey, it’s a fourteen hour flight and I have to keep 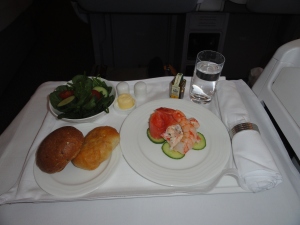 my strength up if you expect me to keep cranking out these literary masterpieces.  You don’t think John Steinbeck actually lived off grapes, do you?)  I particularly enjoyed the salad trio of prawn, salmon and lobster.

The flight to this point has been as smooth as a leisurely punt down the Thames.  I write these words with no small measure of reluctance out of fear I may be tempting fate to send along some white-knuckle turbulence just to keep me humble.  Let’s pray not!

is quite elaborate.  So elaborate in fact, I have yet to muster the energy to decipher it.  I haven’t gotten past the screen that shows one’s excruciatingly slow progress toward one’s destination.

Fortunately, munching on Godiva chocolates, sipping port and rambling endlessly on to you, my adoring readers, seems to provide an adequate diversion so far.

Speaking of rambling, I am bumping up against my self-imposed word limit for any given post.  I would tell you my limit but invariably you would start counting words!  Not to worry!  I will be back with more mind-numbing, sleep-inducing, gray cell-suffocating blog posts before you can say “Just take me out and shoot me!”   Dubai or Dust!

* Owing to undependable access to wi-fi during my travels, these posts are being published several days after the events described.  If you remember literature class, it is written in the historical present!  One last note, all the posts related to this trip can be found under the category Golden Circle 2013 on the homepage right rail.

I am writing today to assuage the concerns and quiet the fears that surely must be roiling cyber space over my brief hiatus.  I have not published a new post in a couple of weeks which is quite unusual for me.  I can only imagine how sick with worry you must be.

What’s that you say?  You hadn’t noticed?  That’s not very charitable.  It’s not that difficult to feign a little heartfelt concern, you know.  I do it all the time and in one of my finer moments even manufactured a tear once.   If not grave concern, is there at least any idle curiosity out there as to why I have not posted recently?   The short answer is “I’ve been busy!”

I know most of you think this travel thing is all foo-foo drinks and tiny umbrellas.  You assume all we do is drag our deck chairs from one shade-drenched palapa to the next but you would be so wrong.  In the first place, we would never drag it ourselves if there were a beach waiter within semaphore range.  I got a very nasty splinter doing that once.

Secondly, I will have you know this industry ranks right up there with thinning trees in the pacific northwest and roughnecking in a west Texas oil field for sheer back-breaking exhaustion.  OK, I might be embellishing a tad but the pace, nonetheless, can be quite frenetic.

Here is a bit of good news for those who live for the next installment of these posts.  I am soon to embark upon a rather exotic spate of travel that should provide loads (or would it be bales, or perhaps stacks?) of fodder for future riveting posts.  So where are my travels about to take me?  Are you up for a little cyber parlor game?

Below are pictures of six stops on my itinerary presented in chronological order.  They are labeled, not illogically, Stop One to Stop Six.  I invite you to write a comment with your best guess for each one.  In some cases I have intentionally avoided the more iconic images of the destination.  You won’t see any Sydney opera houses or Eiffel Towers. 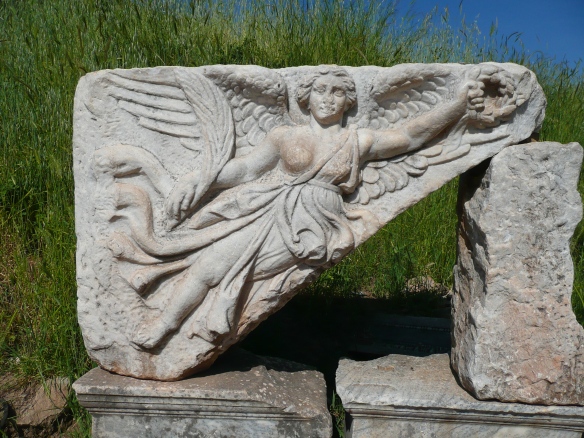 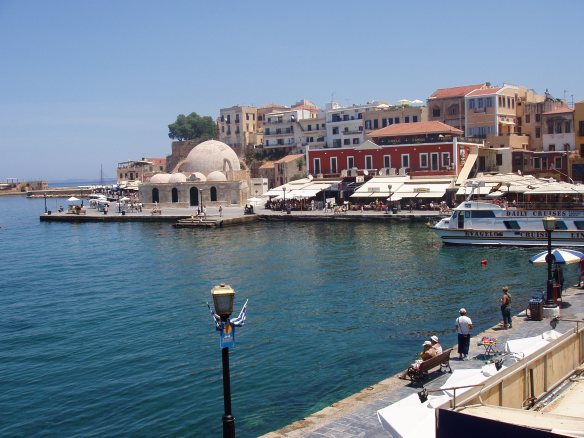 Give it your best shot.  I am looking not just for the country but the city.  If anyone gets all six correct, I have an immediate opening for you in our vacation travel department!!!