Apologies to Stephen Sondheim for  my shameless ripoff of the title of his famous musical, “A Funny Thing Happened On The Way To The Forum”.  Stephen, I want you to feel totally justified in naming your next musical after of one of my blog posts.  Turn about is fair play, after all.  I am thinking “A Round-About Way To A Nervous Breakdown”, for example, should make a great little farce.

F.I.T.A. is the International Tourism Fair of the Americas.  This event is only three years old and is held in the Santa Fe region of Mexico City at the Expo Bancomer.  I know, you are waiting breathlessly for the “funny thing happened” part.  Well, I was sitting in my office a few weeks back, molesting no one and only irritating a small handful, when I received an email invitation to this event as a “prominent travel company”.  While still basking in my apparent prominence, I get a second invitation within minutes to attend the same event as an esteemed member of the Fourth Estate.  Wow, prominent and esteemed all within ten minutes.

Trump’s several summer homes.   When it was explained that they wanted me to come as part of the press corp, I immediately rushed out and bought the appropriate hat although, judging from the looks I got, this particular accoutrement has not yet caught on in Mexico City.

As I mentioned above, this is only the third year for this event and the purpose over time is to create a major international travel show like those held in Berlin and New York.  In addition to the expected exhibitors from Mexico, there were also booths representing Russia, Japan, India and several other countries.  The Expo Bancomer is a very nice, quite modern facility.  The main improvement they could make, at least in the opinion of this “prominent entrepreneur / eminent journalist'”, would be to enhance the signal strength of the wi-fi.  The exhibit hall where we spent most of our time was downstairs and to say the signal was spotty is more than a little generous. I spent several hours looking for that mystical spot.

There were 600 exhibitors in attendance as well as over 4000 travel buyers and press.  The first two days are intended for those in the travel trade with the weekend reserved for consumers who might wish to obtain information on various destinations.  I attended several press conferences where unfortunately, at least for this uncivilized American monoglot, the translation from Spanish to English was as spotty as the wi-fi.  It is somewhat to be expected since the majority of the participants are Spanish-speakers but if they truly want to grow the event to international proportions, more deference needs to be shown to the monolingual.

In spite of these opportunities for improvement, it was an excellent event. Personally, I 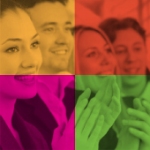 made a couple of beneficial business contacts that I think will pay dividends going forward.  At the end of the day, networking and relationship building is largely what these events are all about.  Even in, or maybe especially in, our digital age, there is a pressing need for face to face, personal interaction.  And if that happens to occur at a cocktail party over a cheeky little Cabernet, so much the better.

Come back soon or, better yet, subscribe below to receive email notifications of new posts and I will tell you not only about Distrito Capital, the hotel that hosted me so admirably during the conference, but the three other hotels GroupoHabita operates in Mexico City.  Who knows, you might even get to meet the Minister of Tourism for Mexico City.

What do you think? Cancel reply